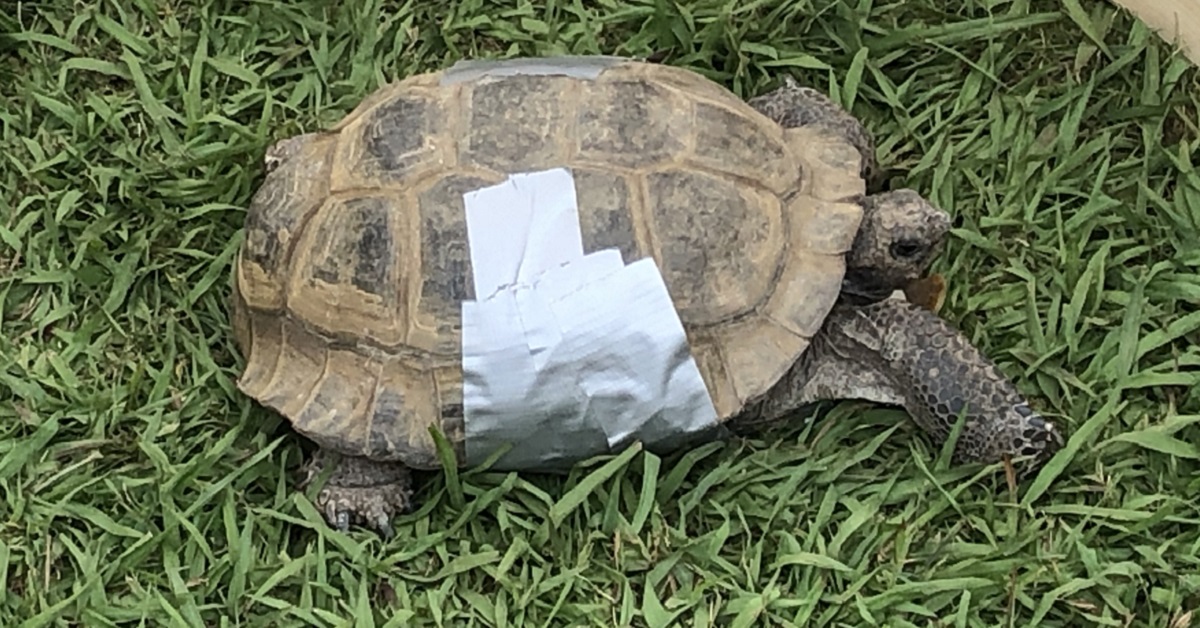 Monsieur the desert tortoise was found in the back yard of his owner who had died. The duct tape you see in the picture is all that's holding together his broken shell. Sadly, he did not survive the surgery that would have mended him.

The following update was sent on Dec. 9, 2020 by Karen Berry, the adoption chairperson for the Valley Chapter of the California Turtle and Tortoise Club. It's a real window into the world of those volunteers who rescue tortoises, give medical attention to the sick and injured and who then find new homes for as many as they can.

We have a lot of medical patients and non-hibernating desert tortoises, but with the lockdowns...again, there’s a window to try and catch up on paperwork — and projects that previously had to be put aside. The bulk of the adoption applications have been processed and yard consultations done. We're waiting, now, for adopters to be ready for their tortoises.

We are contacting the most recent group of potential adopters to let them know we’re likely going to have to delay their yard consultations until after Christmas and probably New Year’s. Even though we have safe procedures in place, this COVID surge might make it a bit more risky right now than it has been.

To bring you up to speed on our patients, Mr. Big, who was being fostered by a member, escaped in October from his yard. Despite the flyers, social media postings, Craigslist ads, etc., no one has turned him in. I think someone found him and decided to keep him. He has a DT tag on him, the shelter was advised, and my concern is that whoever has him isn't going to know he has a bladder stone, and possibly wouldn't get him to a vet if problems started to arise.

Conan had his bladder stone surgery on Oct 26th and it was successful. He is recovering well.

Gus had surgery Dec 2 on the leg that blew up like a balloon in May before we had to take him back from the people who adopted him. His leg turned out to have an abscess in it. Gus is extremely uncooperative when it comes to being bandaged. Fortunately, it's only an every-other-day chore. But he gets really stressed.

We have a new guy, Franklin, who came in last month. He was turned in to the Agoura shelter after having been found abandoned at a house in Malibu when the tenant was evicted. He was most likely out in the cold and dampness, and had a runny nose. We took him in, and besides the probable respiratory infection, our vet said he might have been heading toward pneumonia. He's getting antibiotics and nose drops. He, too, wants to be hibernating right now and isn't as active as he needs to be. He's outside when it's over 70 and warm, but he's slowed down a lot from when he first got here. It's hard to get him to eat much, but we're still working on it.

Toodles needs physical therapy for his jaw. He also still needs to put on some weight and muscle. Altogether there are 5 adult patients that are too weak or sick to hibernate, plus the 9 small tortoises that aren't hibernating for other reasons. There are 6 larger juveniles that need to be fed well and given hydration soaks for a couple of weeks before we can let them empty out and go to sleep. 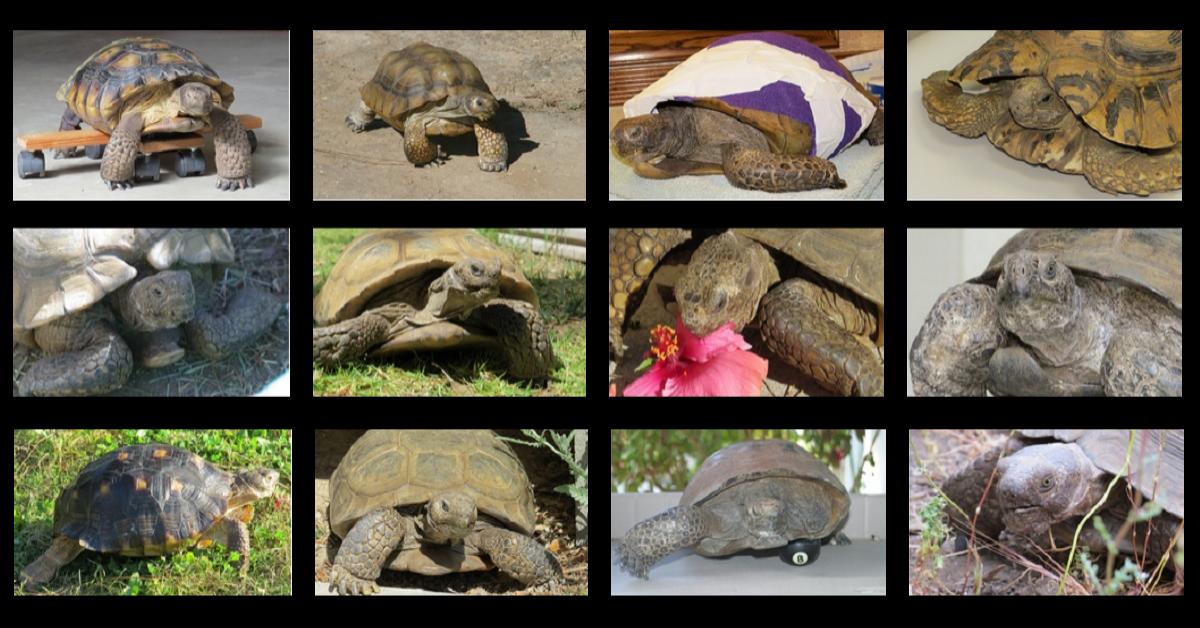 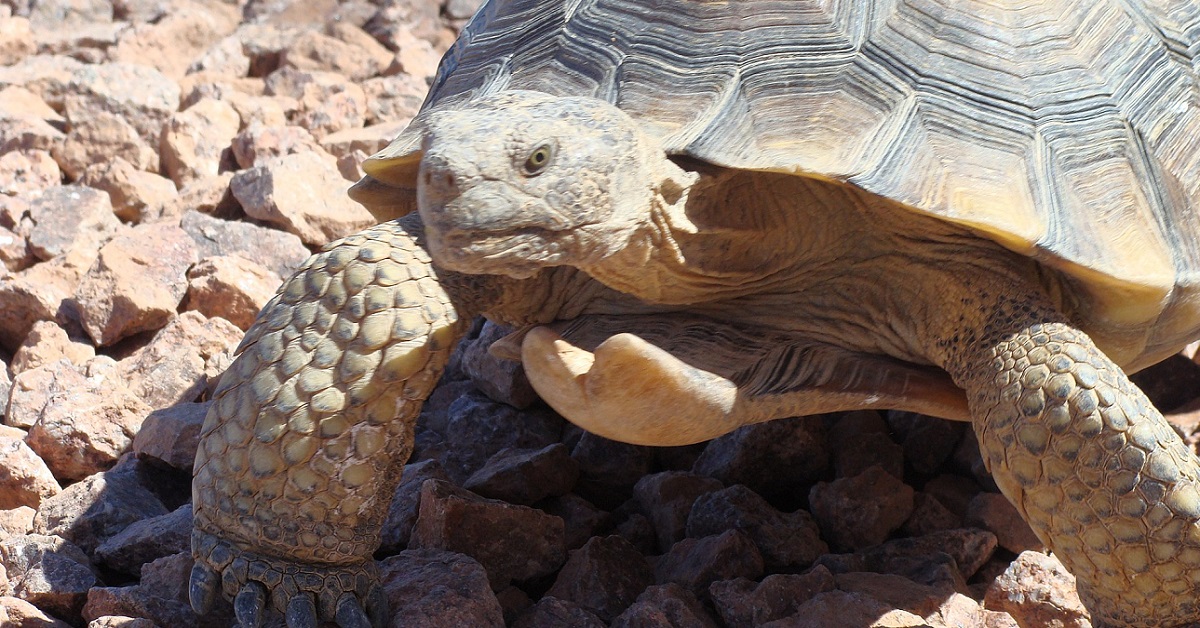 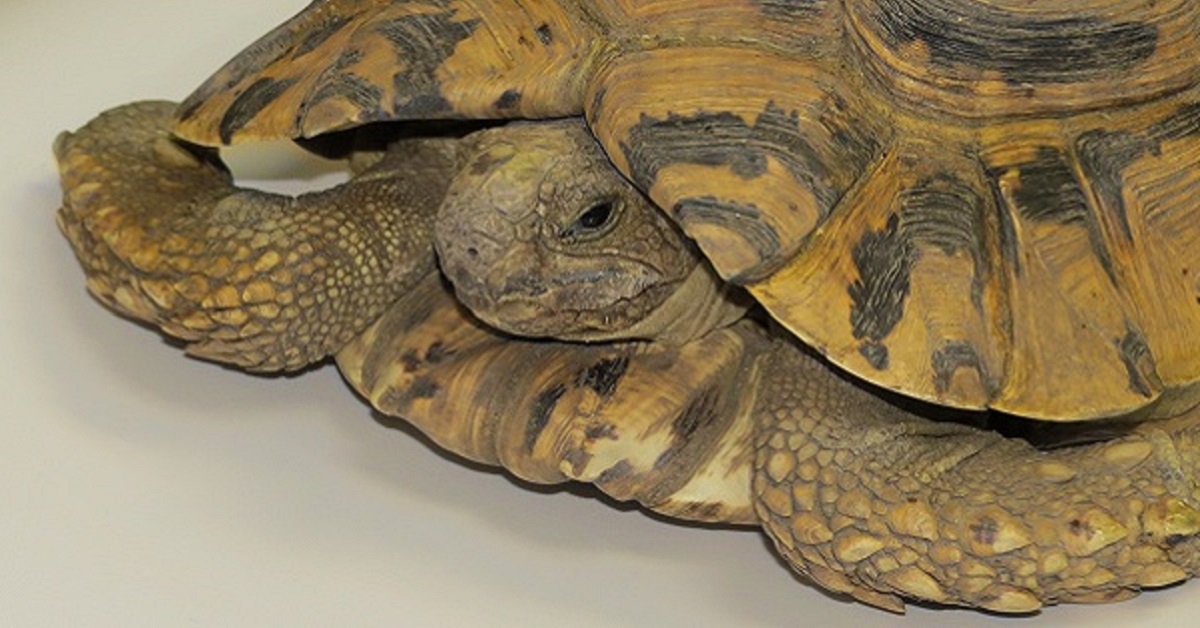